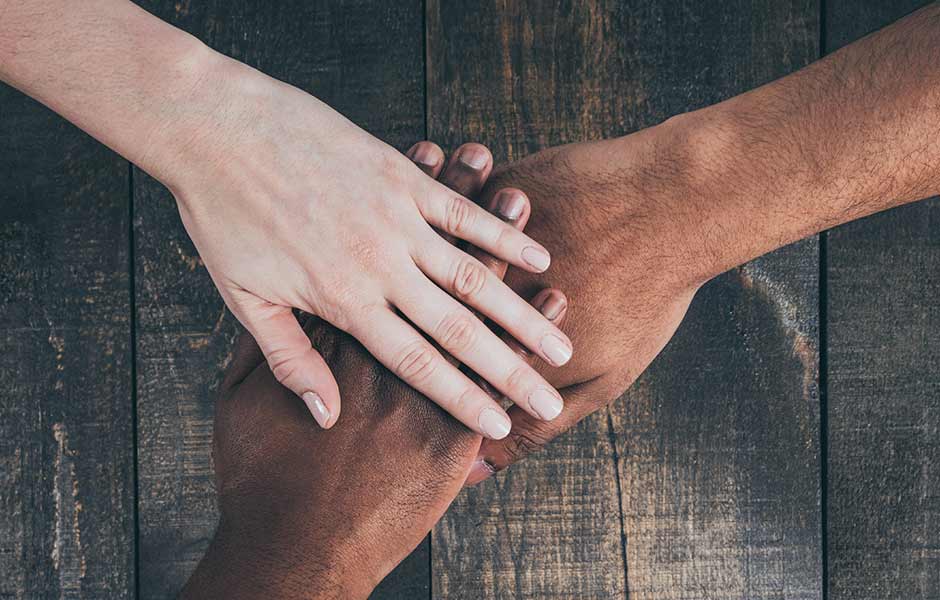 A complete report specially made by Immigration, Refugees and Citizenship Canada (IRCC) projects that up to 49.7 percent of the Canadian population could be first generation immigrants and their children by the year 2036.

The study, which was released by Statistics Canada, states that the proportion of immigrants in Canada’s population could reach 30 percent by 2036 — compared to 20.7 per cent in 2011 — while around in one in five would be the child of an immigrant, up from 17.5 percent in 2011.

In what may be seen as bucking the global movement, the study projects that the country will continue to embrace diversity and multiculturalism well into the future.

Among the working-age population, the share that belongs to a visible minority group could double from 19.6 percent in 2011 to between 34.7 percent and 39.9 percent by 2036. South Asian would still be the main visible minority group, as it is today, followed by Chinese. However, the most rapidly growing groups would be the Arab, Filipino and West Asian groups.

Canada would also continue to be a land of many languages. Multilingualism is an everyday reality, and this shows no signs of changing. By 2036, almost 30 per cent of the population (between 10.7 and 13.8 million people) will have a first language other than English or French, though proficiency in these languages continues to be important in professional, social, and academic life in Canada. Indeed, proficiency in one of these languages is a standard requirement for principal applicants will play an important role for faster integration .

Currently, around one in five people in Canada have a first language that is neither English nor French.

The most religiously diverse areas in Canada would remain as such over the next quarter century. Cities such as Toronto, Vancouver, Calgary and Edmonton, which had a large proportion of immigrants among their population in 2011, would continue to be diverse. Indeed, an increasing share of the national population is likely to identify as belonging to no religion.

Based on all projection scenarios, the vast majority of immigrants to Canada will make one of the large cities their new home.

The three primary areas of residence for immigrants would remain Toronto (between 33.6 and 39.1 percent), Montreal (between 13.9 and 14.6 percent) and Vancouver (between 12.4 and 13.1 percent). Other cities across the country, including Calgary, Edmonton, Winnipeg and others, are also likely to see a higher share of immigrants among their populations than they do today.

The report lays out projections under both high growth and low growth scenarios. In the high growth scenario, which assumes a gradual increase in Canada’s annual immigration target numbers, would see immigrants and their children make up nearly half the population. Under this scenario, the following proportions of immigrants would populate Canada’s major cities. 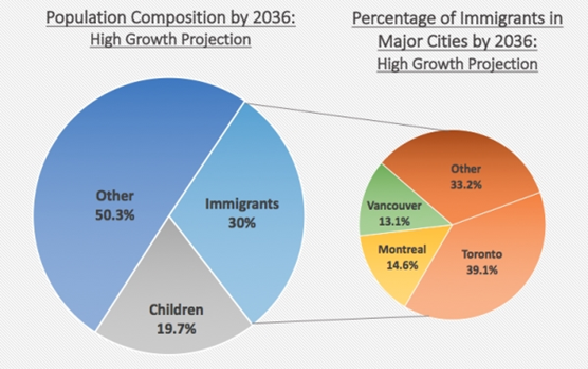 The low growth scenario, which assumes an unlikely decrease in Canada’s annual immigration target levels, brings about the following projections. 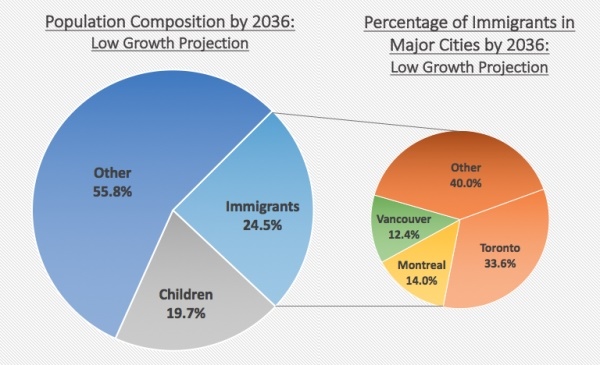