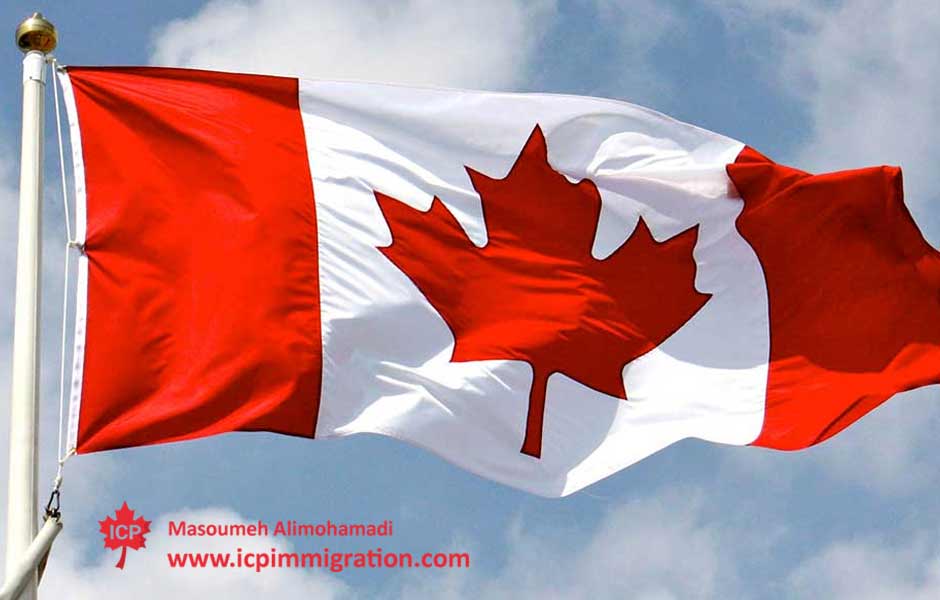 In addition to the changes to the CRS, registration in the Canada Job Bank is no longer mandatory for candidates without a qualifying job offer or a provincial nomination.

These changes, first announced in March but only introduced this week, are not as wide-ranging as the pointing system improvement in November . In that reform, IRCC changed the number of CRS points awarded for a qualifying job offer from 600 to 50 or 200 points, depending on the position offered. At the same time, candidates who had completed a study program in Canada were awarded additional points for the first time.

June 6 changes: who is affected?

In contrast to the Express no candidates will see a reduction in their CRS points total as a direct result of the changes introduced on June 6. Many candidates will retain their existing score, while some candidates — specifically, those with a sibling in Canada and/or proven French ability — may obtain a boost in their score.

According to the new changes in the pointing system ,candidates with a sibling over 18 years old in Canada may obtain 15 additional points, and candidates with French ability may obtain either 15 or 30 extra points

Speaking about these improvements to the system, Canada’s Minister of Immigration Ahmed Hussen stated that “Economic immigration programs managed by the Express Entry system attract highly talented and skilled immigrants that businesses need to help grow and strengthen our economy.

“As the improvements are implemented, I’m pleased that Canada will welcome more skilled immigrants with siblings in Canada who can help them quickly integrate into their new life here, and that we’ll continue to see Francophone minority communities flourish.”

Why siblings, and what are the requirements to obtain these points?

According to IRCC, ‘having a sibling in Canada has been shown to improve health and social outcomes by accelerating a newcomer’s integration into their new life in Canada.’

Candidates in the Express Entry pool with a sibling in Canada may be awarded maximum 15 additional CRS points if the sibling is a Canadian citizen or permanent resident and at least 18 years of age.

Individuals who wish to enter the Express Entry pool must first take a language test recognized by the government of Canada in English and/or French — this has always been the case. Of the 1,200 points available in total under the CRS, 136 points may be awarded for a candidate’s ability in a first language, with a further 24 available for ability in a second language. Up to 100 more points are available for a candidate’s language skills within the combination (skills transferability) factors.

Currently, there are other ways in which candidates may benefit from their French ability. For example, the province of Ontario has an Express Entry-aligned French Speaking Stream within the Ontario immigration program (OINP), for which a CLB of 7 in French and a CLB of 6 in English is required.

The latest changes to Express Entry form part of IRCC’s continued efforts to invite more candidates to apply based on their Human Capital , Skills and experience . As the table below shows, it is not only the CRS that has been altered since last November, but also other aspects of Express Entry, such as the (ITA) and job offer requirements. 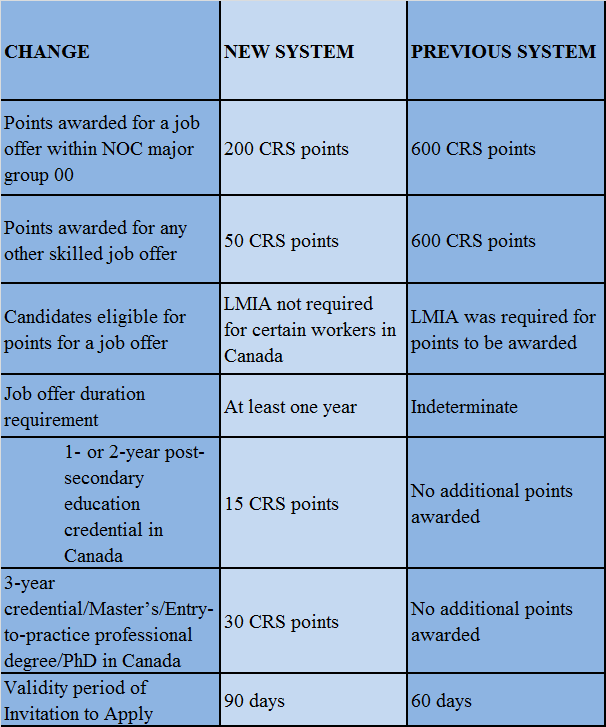 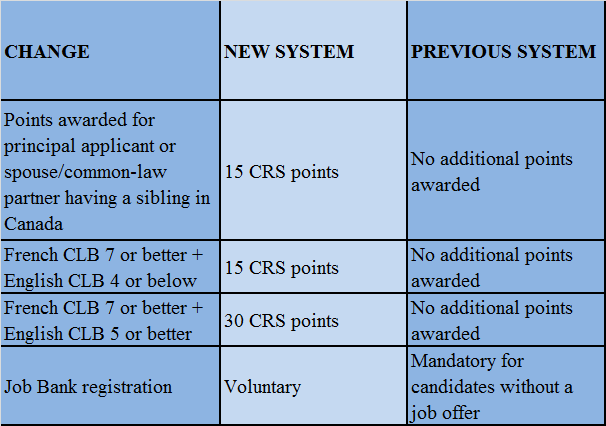