Immigration is the best key ingredient to our successful future economic growth ”.

Immigration is the best key ingredient to our successful future economic growth ”. 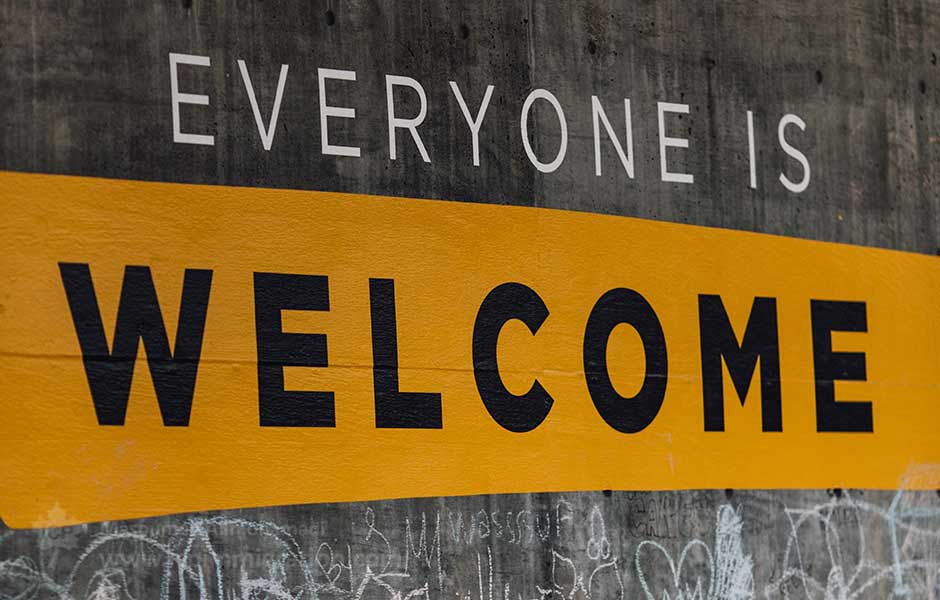 Ahmed Hussen , Canada’s Minister of Immigration, , recently reaffirmed the country’s commitment to economic immigration during a wide-ranging address in Toronto, Ontario, where he also touched on how the government plans to continue welcoming immigrants from around the world.

“The 300,000 new immigrants landing plan introduces an increased share of economic immigrants admissions from the previous year. This is a reflection of our commitment to the idea that immigration continues to be a key ingredient to our economic future as a country,” stated Hussen at the Canadian Bar Association (CBA) law conference, held earlier this month.

he added “In that spirit we’re testing new ideas, we’re introducing new programs, and we’re instituting faster processing that will help Canada to continue to attract the best and the brightest from all over the world to continue to maintain our economic prosperity.”

Towards this end, the minister announced that the target of 300,000 new arrivals annually — historically high by Canadian standards.

Last October, a government advisory group delivered a batch of recommendations to Justin Trudeau’s cabinet, including a recommendation to increase the number of immigration admission level to 450,000 per year.

The current immigration minister was appointed in January, and Mr Hussen is generally perceived as having taken a more proactive approach to the department than his predecessor, John McCallum. Certainly, his recent appearances and remarks reveal that he is eager to continue to make improvements to his department, primarily for the benefit of clients, who are, of course, the future immigrants that Canada needs.

In addition, over recent months the number of people in a position to submit an application to immigrate to Canada as an economic migrant has increased decisively.

The first 15 draws of 2017 have seen 47,876 Invitation to Apply (ITAs) issued to candidates in the pool. This number far exceeds the 16,033 ITAs issued over the first fifteen draws of 2016, and also surpasses the total number of candidates invited in all of 2016. Seven of the 15 Express Entry draws conducted so far this year have also seen the minimum Comprehensive Ranking System (CRS) score required to obtain an ITA decrease to a record low.

The Express Entry system itself has also undergone a recent set of improvements, announced earlier this year and implemented on June 6. Coming up to those changes, the month of May saw the highest number of (ITAs) for permanent residence issued in any month since the system was launched in January, 2015.

“Taken together, all these changes to the Express Entry program will continue to help us target highly-skilled immigrants who can help strengthen our economy, and create jobs for all Canadians and create prosperity for all of us,” said Mr Hussen.

Notably, the minister alludes to this program being used as a testing ground for possible future programs in other regions of the country.

The AIPP is not the only new initiative led by the minister and his team. Earlier this month, on June 12, the Global talent stream (GTS) was launched, providing employers and foreign workers alike the means and the flexibility to hire (and be hired) quickly for certain positions. The GTS has a heavy focus on tech and IT roles, but this may change as Canada’s market economy faces new challenges in the future.

These improvements to temporary work programs and Canada’s longer-term economic immigration focus were linked by the minister, who stated, “as we innovate the temporary immigration programs, we’re also trying to help skilled workers strengthen our economy and society by permanently building new lives in Canada.”

And permanent immigration is not the end for these clients of IRCC, who Mr Hussen wants ‘to put at the heart of everything we do.’ According to him, the final step for these newcomers should be Canadian citizenship itself.

“We want all permanent residents, if possible, to become Canadians,” said Mr Hussen, who added that the government’s recently passed law to change the Citizenship act will “give permanent residents greater flexibility to meet the residency requirements so that they can become Canadian citizens.” Among other measures, the new law will reduce the number of residency days required before an immigrant may be eligible for citizenship.

Between the improvements made to Express Entry, the launch of the Global Talent Stream, and the passage of the amended Citizenship Act into law, June has so far been a busy month for the government on the immigration front.

That being said, it may be noted that there has been no Express Entry draw since May 31 until now at last week of June due to the changes in the CRS points score for all profiles in the pool following the recent changes.