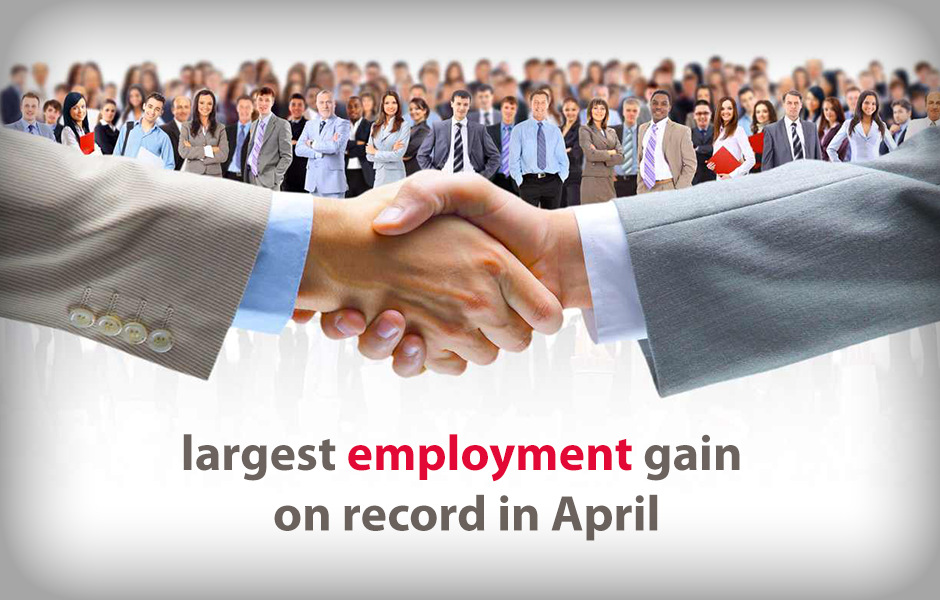 Canada had a banner April when it comes to employment, posting the largest one month gain in net ‎jobs on record.‎‏
Employment rose by 107,000 in April, with notable gains in Ontario, Quebec, Alberta and Prince ‎Edward Island.‎
The unexpected jump in employment far surpassed a widely forecasted increase of 10,000 net jobs ‎and helped push Canada’s unemployment rate to 5.7 per cent, down slightly from 5.8 in March.‎
Of the net new jobs in April, 73,000 were full-time and the majority of the gains — 84,000 — ‎occurred in the private sector.‎
On a year-over-year basis, employment grew by 426,000, of which 248,000 was full-time.‎
‏. ‏
Statistics Canada reported that employment rose for youths aged 15 to 24, people aged 55 and ‎older, and women in the core working ages of 25 to 54.‎
‎“Wow. This was by and large a solid report,” Brian DePratto, senior economist with the Toronto ‎Dominion Bank, wrote in an update. “Nearly every indicator of quality came in strong this month: the ‎best-ever gain came with solid full-time job growth, all in employees (rather than self-employed), ‎more Canadians were drawn into labour markets, and wages were up.‎
‎“Chalk this one up as a solid message that employers still have faith in the Canadian economy.”‎
‏
Bloomberg News said the employment increase reflected the fact the Canadian economy is pulling ‎in new workers, namely immigrants and those 24 and younger, rather than falling unemployment.‎
Biggest gain in Ontario
Canada’s most populous province, Ontario, posted an employment increase of 47,000 in April, ‎which Statistics Canada said was mainly due to gains in part-time work among people aged 15 to 24.‎
Employment increased by 38,000 in Quebec and the province’s unemployment rate dropped 0.3 ‎percentage points to 4.9 per cent, the lowest rate since Statistics Canada began compiling similar ‎data in 1976.‎
Alberta also posted an employment increase in April of 21,000.‎
New Brunswick was the only Canadian province to see employment decrease in April and the ‎remaining Canadian provinces saw little change.‎
Employment gains were spread across several industries, namely:‎
• Wholesale and retail trade (+32,000)‎
• Construction (+29,000)‎
• Information, culture and recreation (+14,000)‎
• Public administration (+9,000)‎
• Agriculture (+7,000)‎‏ 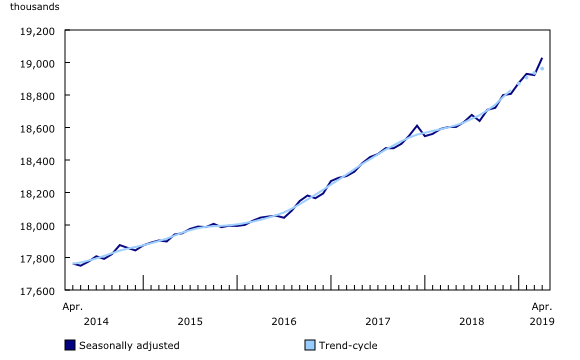