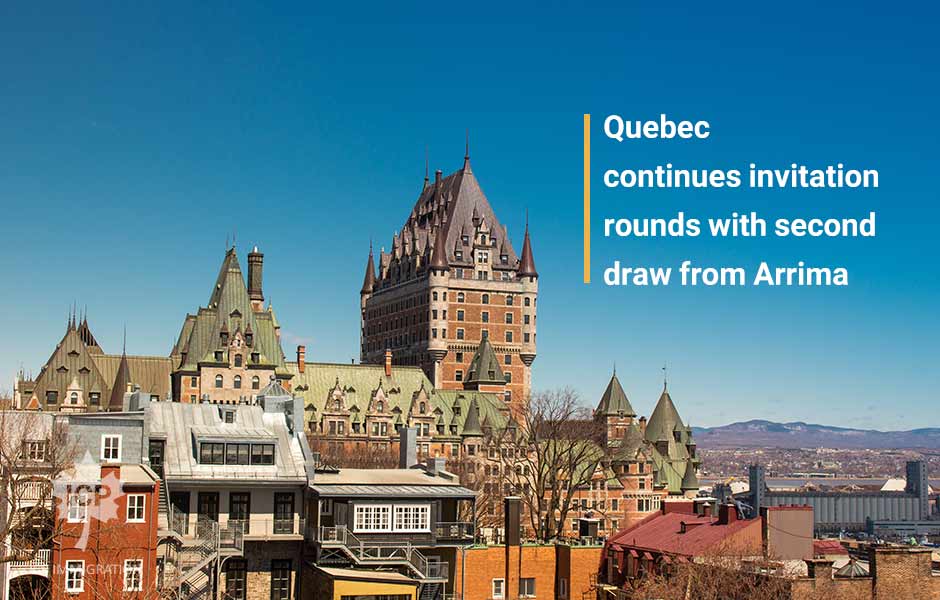 Since the launch of the Arrima system, Quebec has held two draws and invited 950 candidates ‎to apply for a Quebec Selection Certificate (Certificat de sélection du Québec, or CSQ).‎
Information was updated on the Ministry of Immigration, Diversity and Inclusion (MIDI) ‎webpage on August 19. New information includes the number of candidates drawn as well as the ‎type of profiles selected‏.
The most recent draw, which took place on July 17, issued 259 invitations to candidates with an ‎Expression of Interest profile and a valid job offer‏.
The first draw, which took place on July 4, yielded 691 invitations and was addressed to ‎candidates who:‎
• had their application for a Quebec Selection Certificate terminated on June 16, 2019, and ‎were a temporary resident of Quebec when they had applied; or
• had their application for a Quebec Selection Certificate terminated on June 16, 2019, and ‎were working or studying in Quebec at that time;‎
• had an Arrima profile and filed an Expression of Interest with the Ministère before Dec. ‎‎17, 2019.‎
Reforms to Quebec’s immigration laws which were passed on June 16, 2019, resulted in the ‎cancellation of roughly 16,000 pending applications to the Quebec Skilled Worker ‎Program (QSWP).‎
Candidates wishing to immigrate to Quebec under the Regular Skilled Worker Program must ‎first submit an Expression of Interest through Arrima. The Ministère then reviews the bank of ‎expressions of interest and issues invitations to candidates who meet specific criteria based on ‎the labour market needs of the province.‎
The MIDI said there will be several invitation rounds between now and January 16, 2020.‎