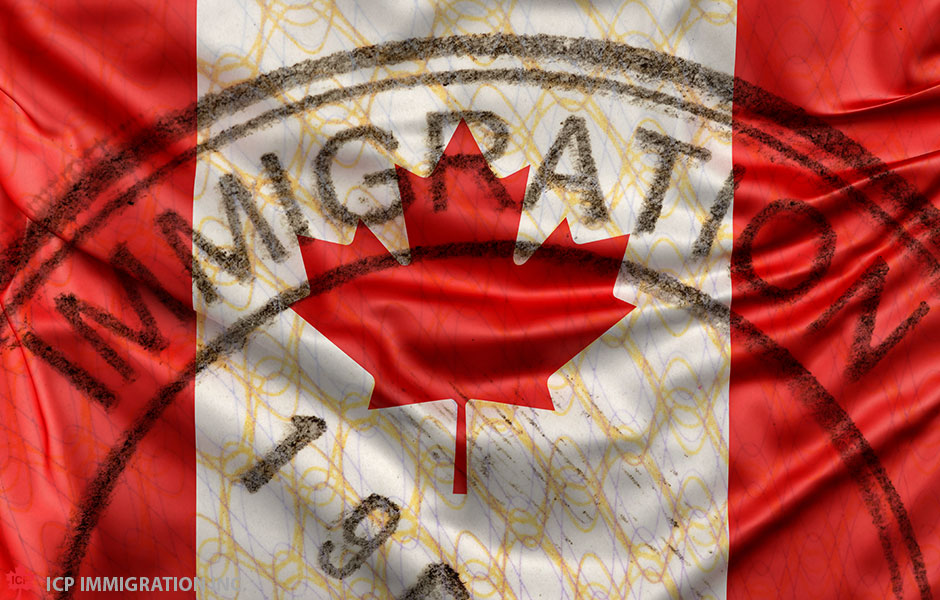 Just over half of Canadians back Canada’s immigration target of nearly 331,000 newcomers this year or feel more should be welcomed, a new Angus Reid Institute public opinion poll shows.
The Angus Reid Institute survey provides a snapshot of public opinion on immigration as Canadians get ready to vote in the country’s 43rd federal election on October 21.
The 2019 target of 330,800 new permanent residents was set by the Liberal government led by Justin Trudeau, who is running for a second term as Canada’s prime minister.
The target is an increase of 21,000 over 2018 and it is set to rise again to 341,000 in 2020 under the Liberals’ multi-year immigration levels plan. 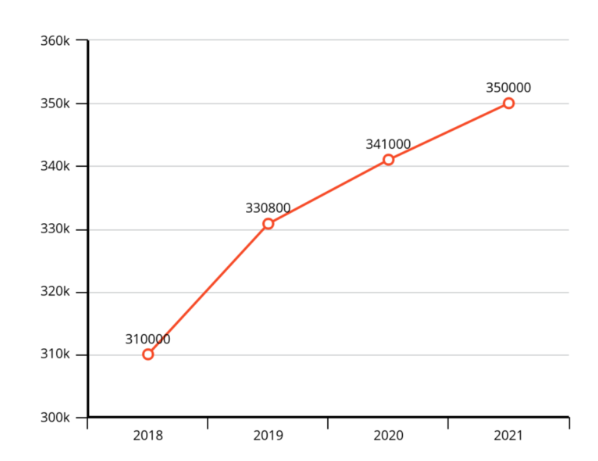 Polls show Trudeau’s Liberals slightly ahead of the Conservative Party of Canada led by Andrew Scheer, followed by the New Democratic Party (NDP), the Green Party of Canada, the Bloc Québécois, and the People’s Party of Canada (PPC).
The Angus Reid survey found that opinions on whether the current target is too high varied according to voter intention.
Nearly two-thirds of Conservative supporters polled said the target of 331,000 newcomers this year was too high, a view shared by 62 per cent of PPC voters.

Meanwhile, just under 60 per cent of those planning to support the Liberals said they were satisfied with the target and New Democratic Party and Green Party supporters were the most likely to say the target should be higher.
Bloc Québécois voters were nearly evenly divided between those who felt the target of 331,000 is too high (47 per cent) and those who said it was about right (46 per cent). 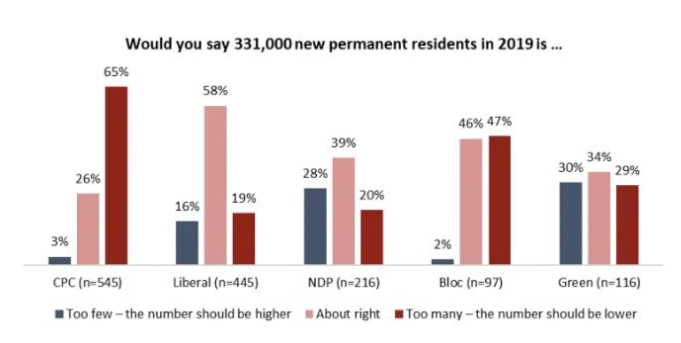 The survey also found “considerable regional divisions” across Canada as to whether this year’s immigration target was acceptable.
“Close to half of residents in Alberta, Saskatchewan and Manitoba say the number is too high, while Atlantic Canadians, alongside B.C., Ontario and Quebec, are most likely to say the number is too low,” the study said.
The Angus Reid Institute also polled views on the perceived economic benefit of immigration and again found clear divisions along party lines.
At least seven in 10 of those planning to vote Liberal, NDP or Green agreed that Canada’s economic growth depended on immigration compared to only 43 per cent of Conservative voters.
Asked whether new immigrants take too many jobs away from Canadians, 41 per cent of Conservative supporters agreed compared to only 18 per cent of Liberal and Green supporters and 19 per cent of those planning to vote NDP.
Respondents were split on the Trudeau government’s overall handling of immigration policy, with 48 per cent saying it had done well or reasonably well and 52 per cent saying it had done quite poorly or very poorly.
A majority of NDP, Green and Liberal supporters had positive reviews, ranging from 65 per cent of Green voters to 86 per cent of Liberals.