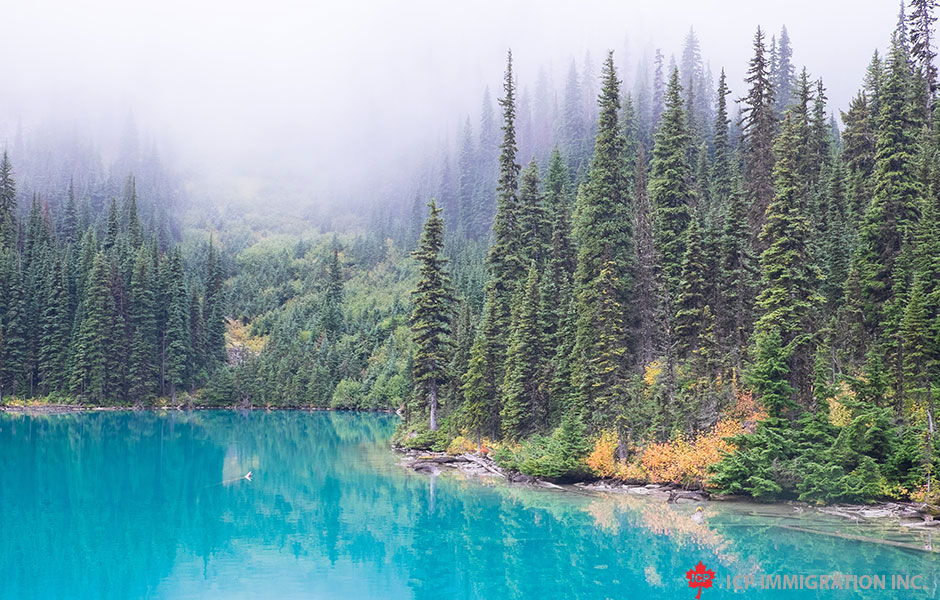 The Canadian Federation of Independent Business latest Help Wanted Report shows that roughly 433,000 private-sector jobs went unfulfilled this past quarter, which is about 1,500 more than the second quarter this year, and 15,000 more than this time last year.
“This is now the fifth consecutive quarter in which we’re seeing a record high vacancy rate,” said Ted Mallett, CFIB’s chief economist, in a statement. “The smallest of firms, those with fewer than five employees, are having the hardest time recruiting workers, with a vacancy rate as high [as] 5.4 per cent.”
Job vacancies by province
Quebec, once again, had the tightest labour market in the country at a 4 per cent vacancy rate. British Columbia also held its position, maintaining an above-average vacancy rate of 3.8 per cent. Ontario remained at the national average of 3.2 per cent.
Vacancy rates in the Prairies and in Newfoundland and Labrador went up slightly, though they still remain under the national average.
Canada’s other provinces did not see any changes between the second and third quarter of 2019. 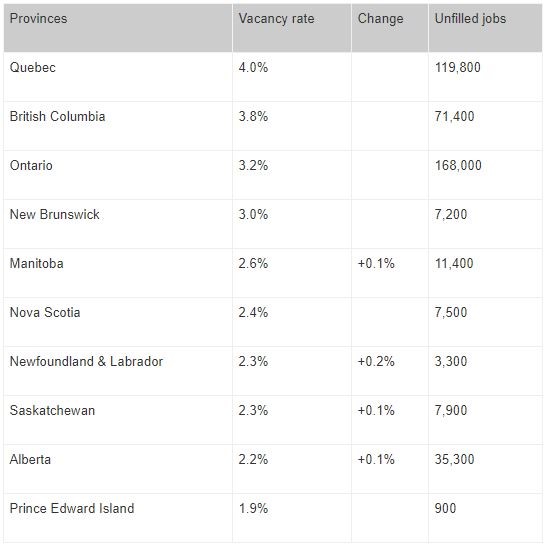 Job vacancies by industry
Industries with a lot of small-sized companies were shown to have higher vacancy rates compared to big-business sectors.
This trend saw vacancy rates rising in agriculture, information, and hospitality but declining in the manufacturing, wholesale and retail sectors.
The personal services industry, which represents businesses like hairdressers, dry cleaners and funeral services, maintained the highest vacancy rate at 4.9 per cent between July and October 2019.
The construction industry came in second with a 4.7 per cent vacancy rate.
Meanwhile, steady declines in vacancy rates are being felt in industries such as transportation (3.4 per cent), manufacturing (2.8 per cent), wholesale (2.6 per cent) and retail (2.5 per cent).
The natural resources sector had the lowest job vacancy rate at 1.8 per cent.