Cities in Canada which attract the most immigrants

Cities in Canada which attract the most immigrants 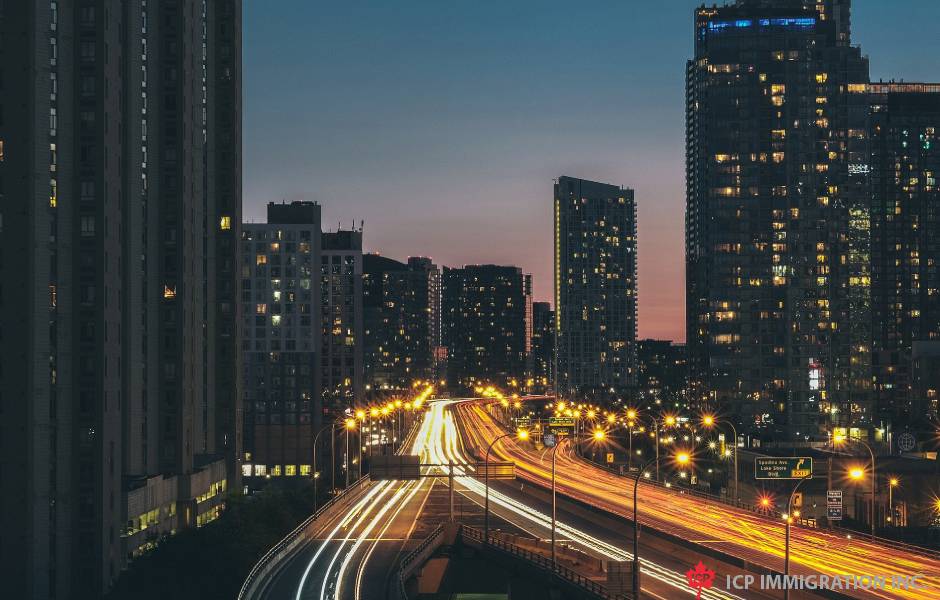 Cities across Canada are engaged in a heated competition to attract more immigrants. Due to their aging populations and low birth rates, cities need more immigrants to keep their economies strong.

At the national level, Canada welcomed more than 341,000 immigrants in 2019 or about 0.9 per cent of its population. Canada is welcoming more immigrants through Express Entry, the Provincial Nominee Program (PNP), as well as newer initiatives such as the Atlantic Immigration Pilot (AIP).
Toronto welcomed 118,000 immigrants
Toronto continues to welcome the most immigrants among Canadian cities by a very wide margin. It attracted nearly 118,000 immigrants last year or 35 per cent of Canada’s newcomer total. Vancouver, Montreal, Calgary, and Edmonton rounded out the top five Canadian cities.
Newcomers as percentage of the population, 2019 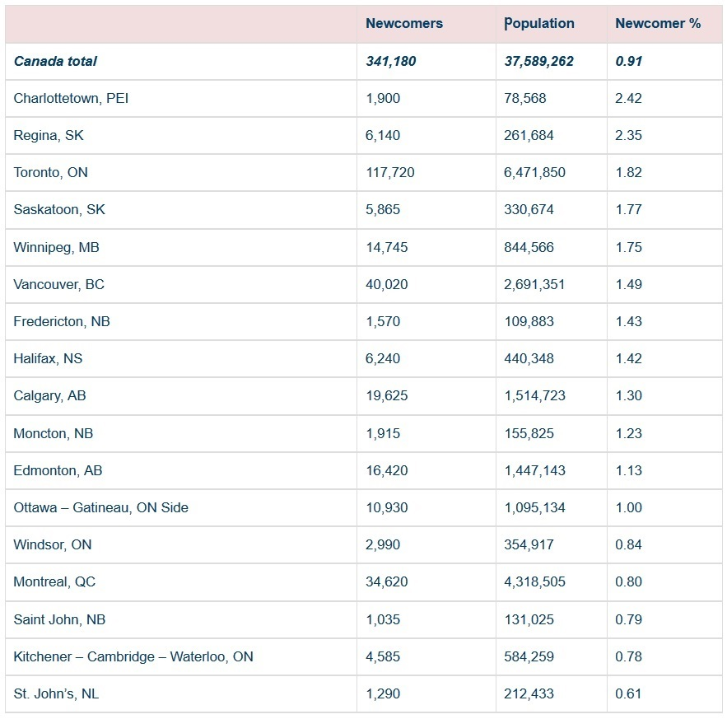 Charlottetown is #1 on a per capita basis
On a per-capita basis, however, the story is much different. Using this metric, Charlottetown led the way as it welcomed 2.4 per cent of its population in newcomers. This is due to the province of Prince Edward Island’s success in attracting large numbers of economic class immigrants through the PNP and AIP.
Regina was second, with a share of newcomers also close to 2.4 per cent of its population.
Toronto’s massive intake landed it in third on a national per capita basis, as it welcomed 1.8 per cent of its population in newcomers.
Saskatoon came in fourth with almost 1.8 per cent of its population, followed by Winnipeg, also with almost 1.8 per cent. Both Saskatchewan and Manitoba have been able to welcome large numbers of economic class immigrants through the PNP over the last twenty years.
Growth in Atlantic Canada
Several cities in Atlantic Canada have been able to welcome larger numbers of immigrants in recent years to help promote their economic development. Fredericton, Halifax, and Moncton each welcomed at least 1.2 per cent of their populations in newcomers last year. Both the PNP and AIP have been instrumental in strengthening immigration to the region.
Ottawa-Gatineau joins an exclusive club
Canada’s national capital region has become the latest addition to an exclusive club of Canadian cities. In 2019, Ottawa-Gatineau welcomed one per cent of its population as newcomers.
Ottawa-Gatineau’s immigration levels have grown significantly in recent years which is likely due to several factors. In addition to welcoming more refugees, it is admitting more economic class immigrants. While its economic class data are not yet available at the time of writing, it is possible that Ottawa-Gatineau is seeing more international students making the transition to permanent residence through Express Entry and the Ontario PNP. Moreover, given Quebec’s recent decision to reduce immigration by 20 per cent, there is the possibility that some immigrants interested in settling in Quebec may have chosen to settle in the neighboring Ottawa-Gatineau region rather than in the province.
Because of Quebec’s decision, immigration to Montreal fell by about 10,000 last year which has resulted in the city’s newcomer per capita intake falling to under one per cent of its population (0.8 per cent).
Why a per capita intake of one per cent is important?
Welcoming one per cent of a jurisdiction’s population, whether it is at the national, provincial, or municipal level is a major milestone in Canada.
Welcoming this level of immigration is a significant means of promoting economic growth.
The two ways to grow an economy are by welcoming more people and using those people more productively in the labour market.
Canada’s population has grown by one per cent or more over the last two decades, which has contributed to economic growth of about the same amount.
An increasing share of Canada’s population growth is through immigration, and immigration is expected to comprise 100 per cent of Canada’s population growth within the next decade or so.
This means that immigration will play a larger role in supporting Canada’s economic growth. By welcoming at least one per cent of their populations in immigrants, cities across Canada will put themselves in healthier economic situations.
Over 80 streams to promote immigration across Canada
Fortunately, Canadian cities have great tools at their disposal to increase their immigrant populations. Likewise, potential immigrants to Canada are spoiled for choice. There are over 80 economic class streams available through Express Entry, additional federal programs such as the PNP, as well as the AIP.
These streams provide more cities across Canada with the opportunity to achieve the important one per cent newcomer milestone.