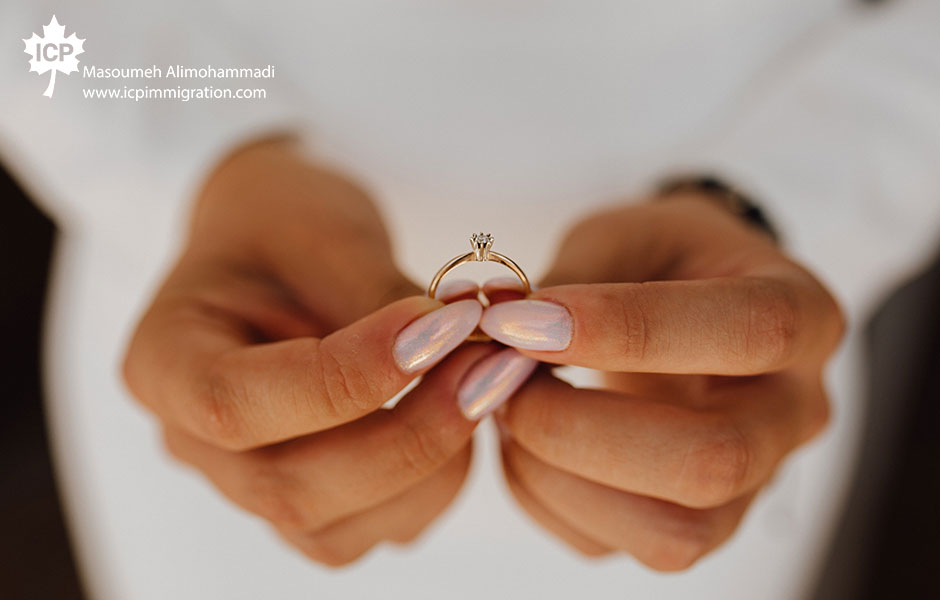 The rule dates back to 2015. Immigration, Refugees and Citizenship Canada (IRCC) decided that only Canadian Armed Forces members could sponsor their spouse who they married from a distant location, and only if certain conditions forced the marriage to be done virtually or “by proxy.”
This decision, which is causing some cross-border couples headaches today, was an effort to prevent victims of forced marriage from being eligible for immigration. Proxy marriages facilitate this type of abuse, because neither person has to be present for the solemnization. In simple terms, it is easier to force two people to get married if they are not the ones signing the contract.
The law under the Immigration Refugee Protection Regulations specifically states that couples have to be “physically present” at their marriage ceremony in order to be considered for spousal sponsorship.
“To be considered physically present at a marriage ceremony, both parties must have participated in a wedding ceremony in person,” both IRCC and Canadian Border Services Agency (CBSA) wrote to CIC News.

Married couples and common-law partners must prove their marital status to border officers in order to be exempt from travel restrictions. They also have to comply with the mandatory quarantine regulations. Border officers assess each individual case and pass judgments based on the current travel laws, and the facts established by the traveler.
The Canadian border offers the following list of some of the documents that can be considered proof of marriage:
• a marriage certificate;
• proof of registration of marriage with a government (local, provincial, state or country) authority;
• if the couple have children in common, long-form birth certificates or adoption records listing the names of both parents; and
• Wedding invitations and photos.
Common-law partners can prove their relationship status by providing:
• shared ownership of residential property;
• joint leases or rental agreements;
• bills for shared utility accounts, such as:
• gas,
• electricity,
• telephone,
• joint utility accounts;
important documents for both partners showing the same address, such as:
• driver’s licenses,
• insurance policies, and
• Other identification documents.

“A marriage that took place abroad must be valid both under the laws of the jurisdiction where it took place and under Canadian federal law in order to be considered legal for immigration purposes.