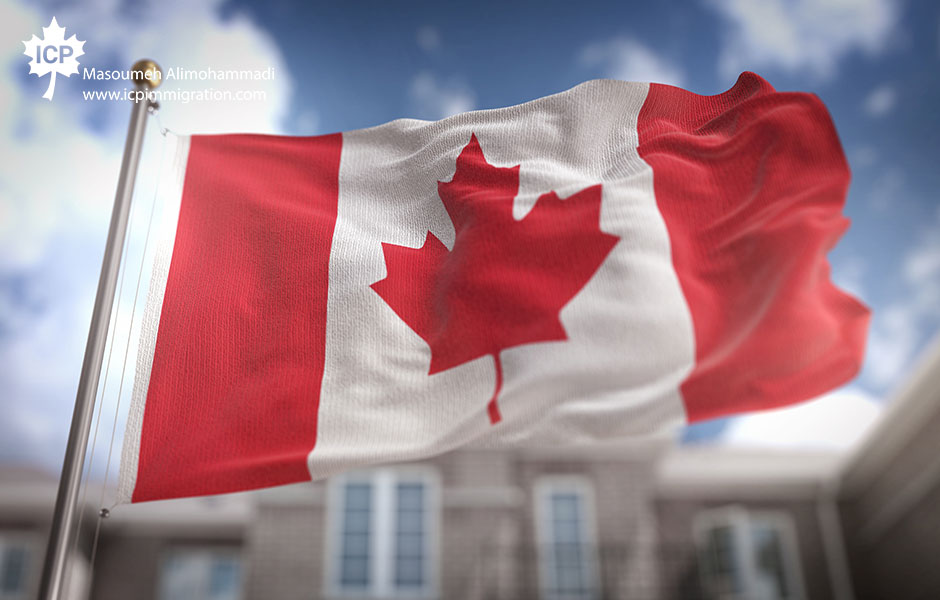 Canada is extending the travel restrictions it first put in place for most foreign travelers at the start of the corona virus pandemic.

Canada has just issued a new Order in Council announcing its travel restrictions will be extended by another month, until August 31.
In mid-March, Canada announced it was introducing travel restrictions effective March 18.
Originally, the restrictions were in place until June 30, but then at the end of last month, Canada extended them until today, July 31.
Who can come to Canada right now?
According to Immigration, Refugees and Citizenship Canada (IRCC), the following are among those who can travel to Canada right now:
• Canadian citizens
• Permanent residents
• Some people who have been approved for Canadian permanent residence
• Some temporary foreign workers
• Some international students
• Immediate family members of Canadian citizens and permanent residents (spouses or common-law partners, dependent children, dependent child of a dependent child, parent or step-parent, guardian or tutor)

Canada’s corona virus curve experiencing downward trend
The decision to extend restrictions is largely a function of the high levels of COVID-19 cases abroad, which runs in stark contrast to Canada’s situation. As shown in World Health Organization (WHO) data, daily COVID-19 cases unfortunately continue to rise around the world. 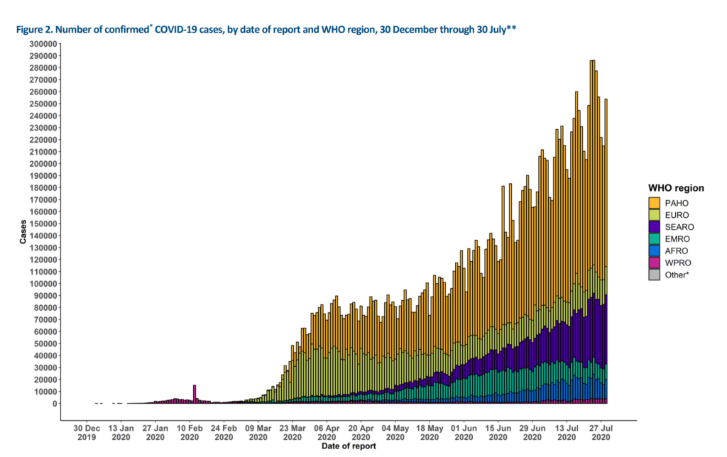 Since experiencing a peak in cases in April, Canada has seen its COVID-19 curve slope downward.
For the most part, new COVID-19 cases have been under 400 per day since early June. There was an uptick in cases in mid-July, but daily cases have once again fallen to below 400 in recent weeks.
At the start of the pandemic, Canada imposed lockdowns which have since been eased significantly. However, social distancing and other public safety measures (e.g., such as mandatory mask-wearing in some jurisdictions) remain in place. These measures, which include the restriction of foreign travel, have helped to Lower Canada’s corona virus count. 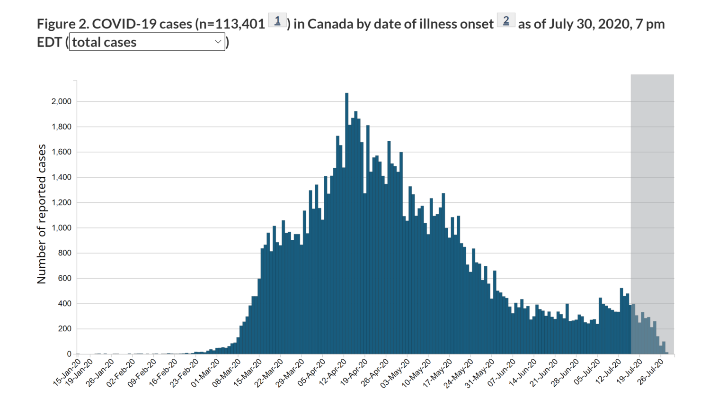 Canada’s immigration system continues to operate
Throughout the corona virus outbreak Canada continued to hold Express Entry draws, inviting immigration candidates to apply for permanent residence. However, the bi-weekly draws only selected candidates from the Canadian Experience Class, and people who had received provincial nominations. Canada held one all-program draw in early July, which included Foreign Skilled Worker Program candidates.
The Provincial Nominee Program (PNP) has also been operational during the pandemic, though most provinces have implemented special measures. Saskatchewan, for example, put in measures to help nominees not lose their chance at permanent residence, and Alberta is only inviting immigrants who are in the province. Hopeful immigrants have been invited from B.C., Alberta, Saskatchewan, Manitoba, Ontario, Nova Scotia, and Prince Edward Island. Quebec has also invited immigration candidates.
Temporary foreign workers are largely exempt from the travel restrictions and have been less affected than another group of immigrants and temporary residents. They are able to come to Canada so long as the purpose of their travel is non-discretionary and non-optional (e.g., they are coming to work in a job that was pre-arranged prior to their arrival).
Canada is also trying to support international students by allowing online study to be eligible for Post-Graduation Work Permits. Some international students are currently exempt from travel restrictions. Canada also has a temporary two-step study permit process in place.
What to expect for the rest of 2020
Canada will continue to monitor the corona virus situation, both domestically and abroad, to inform its travel rules for the rest of the year.
Despite today’s extension of travel restrictions, Canada is in the midst of reviewing whether to introduce additional exemptions.
the Government of Canada is currently engaging with provinces, territories, universities, colleges, and other educational institutions about how to potentially welcome more international students in a safe manner.
As has been the case since the start of the pandemic, Canada may gradually announce more exemptions in the months to come.
In the meantime, its immigration policy objectives remain unchanged from what they were prior to the pandemic. Canada is guided by its 2020-2022 Immigration Levels Plan. Beyond the pandemic, it seems unlikely Canada will significantly alter its immigration policies given the importance of immigration to strengthen its economy in wake of an aging population and low birth rate.