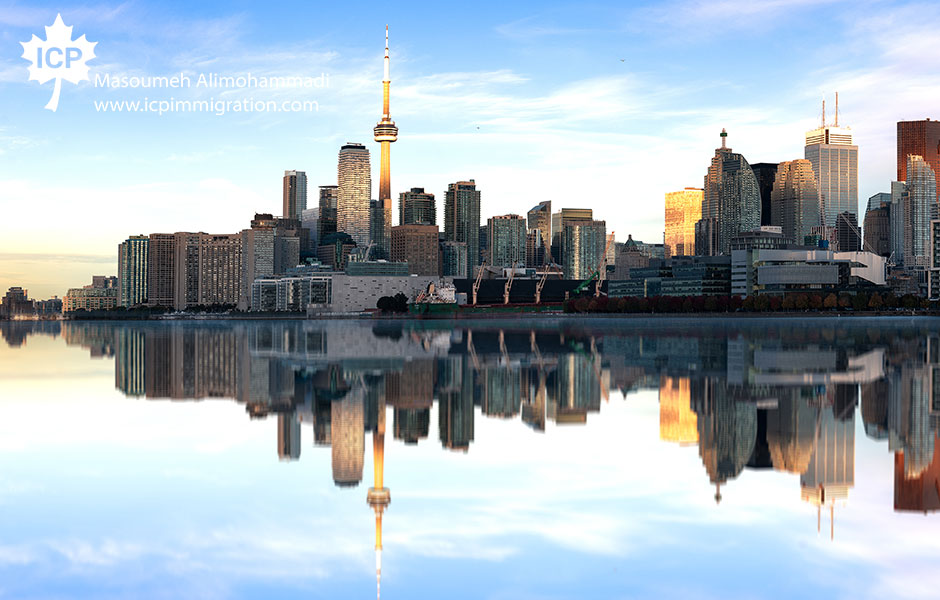 Canada’s new Express Entry draw ties for the all-time biggest draw ever.
A total of 4,500 invitations went to Express Entry candidates with a minimum Comprehensive Ranking System (CRS) score requirement of 471.
(IRCC) has been holding draws of 4,200 every two weeks since September 2. The immigration department has not had a draw of this size since February.
This year, the CRS requirement has typically hovered above 470 for all program draws. The Federal Skilled Trades Program-only draw on August 6 invited trades workers with a CRS of 415, and previous Canadian Experience Class-only draws dipped into the 440s. PNP-only draws have higher requirements because Express Entry candidates who receive a provincial nomination are automatically awarded an additional 600 CRS points. PNPs offer alternative pathways to permanent residence for Express Entry candidates who have a lower CRS score. 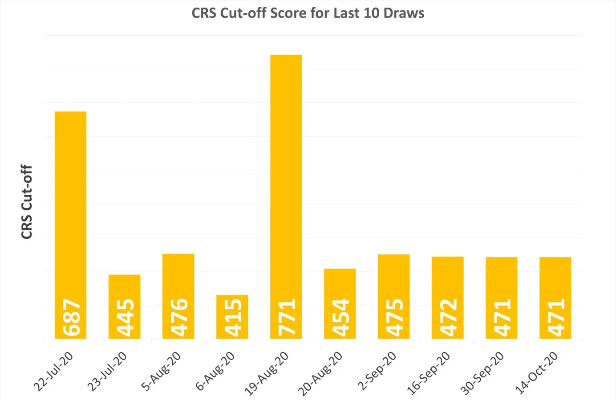 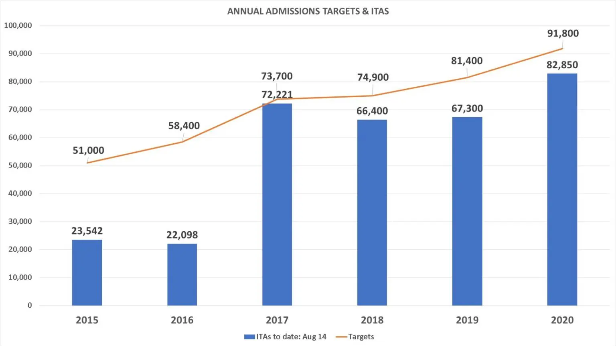 The new immigration levels will be announced by the end of the month. Canada will set admission targets for immigrants in all classes between 2021 and 2023. These levels will give us a glimpse into how many immigrants Canada plans to admit through Express Entry next year.