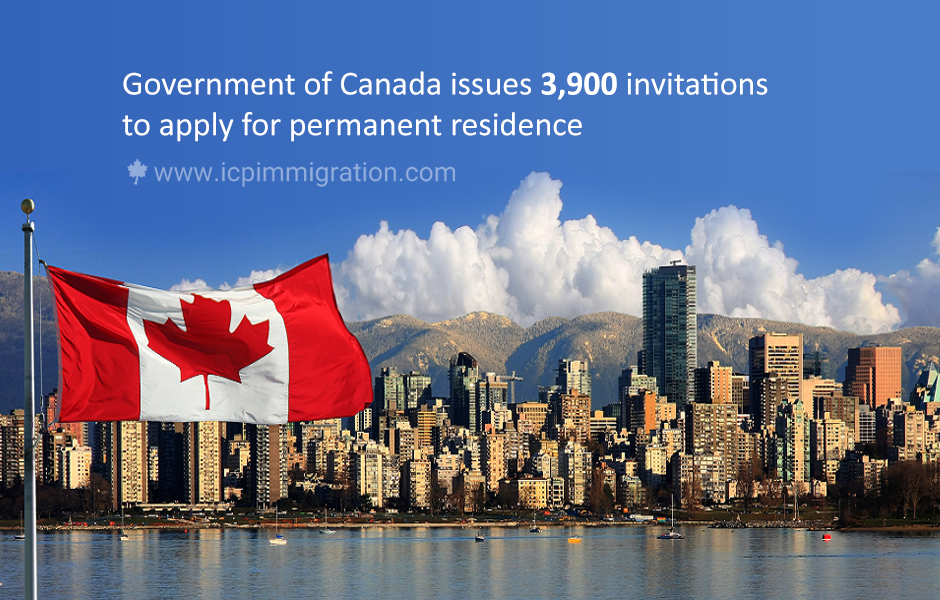 Immigration, Refugees and Citizenship Canada has issued 3,900 invitations to apply for Canadian permanent residence in an Express Entry draw that took place on Monday, October 15. The minimum score required was 440.

Immigration, Refugees and Citizenship Canada (IRCC) applied the tie -break  rule in the October 15 draw, which means any candidate with a CRS score of 440 who submitted an Express Entry profile before September 18, 2018, at 11:06:29 UTC received an  ITA.
Candidates with an ITA have 60 days to submit a complete Canadian permanent residence application to IRCC.
The first step to being considered for an ITA is the creation of an Express Entry profile and meeting the eligiblility requirements for one of the following three programs managed by Express Entry: the  (FSW C) , (FSTC) or Canadian Experience Class (CEC).
Once in the pool of candidates, a CRS score is assigned to a candidate based on education, work experience, language ability, and other factors. The CRS awards candidates a score out of a 1,200 point maximum.

The fact today’s draw took place less than two weeks after the October 3 invitation round might have helped the minimum score drop by five points.
Such a reduction can result when large draws are held in quick succession. Express Entry draws are typically held every two weeks, but only 12 days elapsed between the October 3 draw and today’s invitation round.
Less time between draws means less time for the Express Entry   to replenish, which can help push the CRS minimum score down.

The Express Entry  manages the profiles of candidates in Canada’s three main federal economic immigration categories — the FSW, the Federal skill trade  and the Canadian Experience Class  .
Candidates are ranked according to their CRS score, which awards points based on factors including work experience, education, age and proficiency in English or French, Canada’s two official languages.
The highest-ranked candidates are issued an ITA through regular invitation rounds.
IRCC has now issued a total of 70,300 ITAs over 22 draws in 2018. IRCC had issued 72,221 ITAs by the same point in October last year and went on to issue a 2017 total of 86,023. 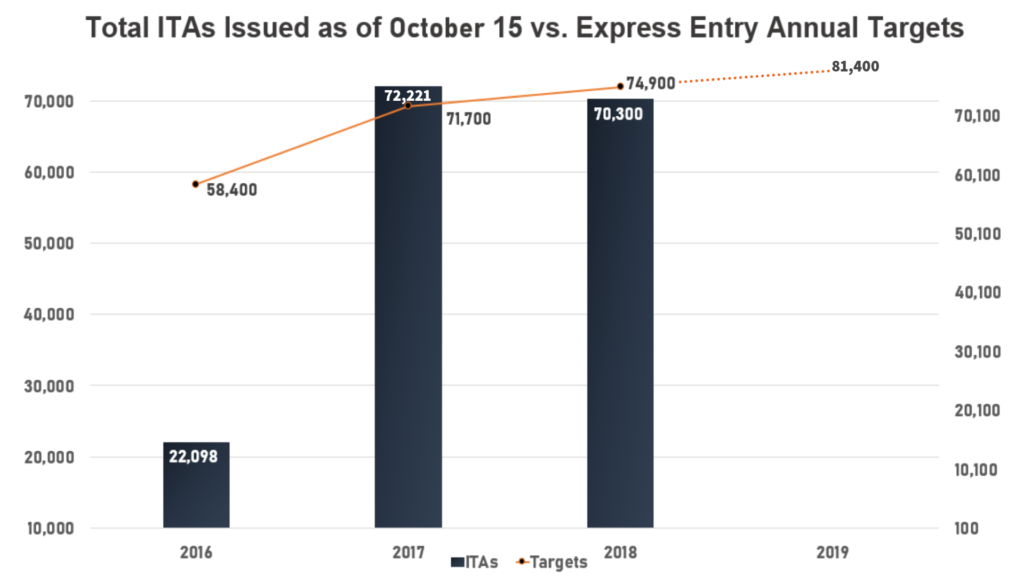