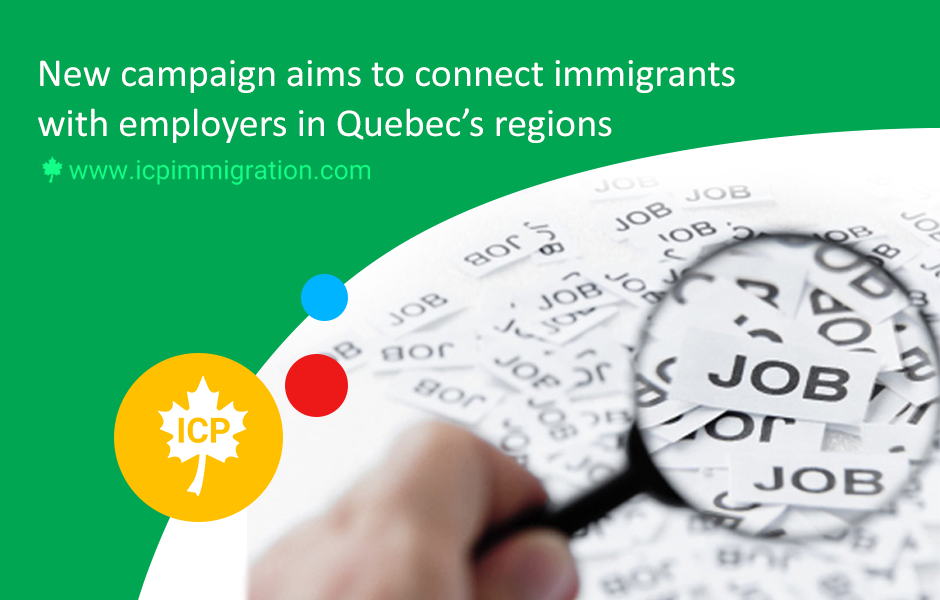 Campaign comes amid soaring job vacancies in regions outside Montreal

A new website for immigrant job-seekers in Quebec is the focal point of a province-wide campaign launched this week to attract newcomers to regions outside the Montreal area.

The French-language website, emploisenregions.ca, assists new permanent residents and temporary foreign workers in Quebec with finding suitable employment in regions around the province.
The website provides information on available jobs in one’s area of training as well as free access to expert employment advisors and a full range of free support services, from developing a career plan and building a CV to finding an apartment.
The purpose of the initiative is to link skilled immigrant job-seekers with employers and integration service providers in regions facing labour shortages.
The vast majority of newcomers to Quebec tend to stay in Montreal, the province’s largest and most cosmopolitan city. Meanwhile, employers in other parts of Quebec are in desperate need of workers, a situation that the Mayor of Quebec City described it  as dangerous.

Quebec led Canada in year-over-year job vacancies in the second quarter of 2018, according to a  new data from Statics Canada. Job vacancies in the province were up by 39 per cent over the second quarter of 2017 — the eighth consecutive quarter that saw a year-over-year increase in the province.
Meanwhile, the province’s Côte-Nord and Nord-du-Québec, Chaudière–Appalaches and Centre-du-Québec economic regions were among the top five Canadian economic regions with the highest proportion of full-time job vacancies.
The Conference Board of Canada has estimated that Quebec could face a labour shortfall of 292,000 workers by 2025, and says skilled immigrants are part of the solution.
Quebec’s newly elected government has promised to temporarily reduce immigration to the province by 10,000 people, from around 50,000 per year to 40,000, despite calls to increase immigration from the Quebec Federation of Chambers of Commerce and other business groups concerned by the labour shortage in the province’s regions.