Can I enter Canada with a criminal record?

Can I enter Canada with a criminal record? 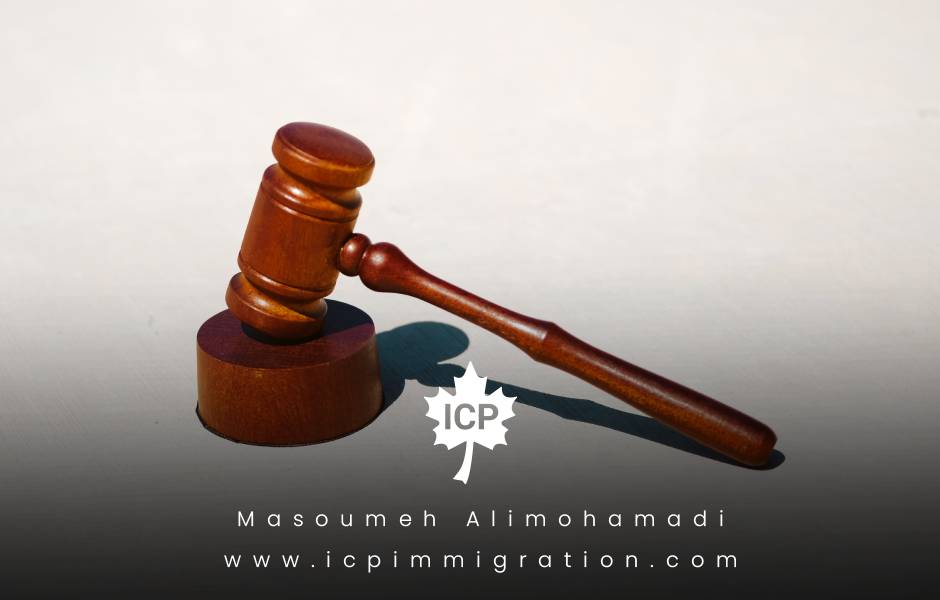 You can enter Canada with a criminal record under the following circumstances.

Foreign nationals need to be aware that a criminal record can make them inadmissible to Canada.

While a Canada Border Services Agency (CBSA) officer can deny you entry into Canada if you have a criminal record, you still have the possibility to enter the country if you prepare in advance. The Canadian government recognizes that those with criminal records are capable of being rehabilitated and also may not necessarily pose a risk to the safety of Canadians. As such, it provides three major ways to overcome criminal inadmissibility to the country.

Temporary Resident Permit (TRP)
As the name implies, a Temporary Resident Permit (TRP) is a remedy that allows an individual who is inadmissible to Canada to enter the country on a temporary basis. Its validity period can be up to three years. You need to submit a TRP application to Immigration, Refugees and Citizenship Canada (IRCC) providing a compelling reason why you should be allowed to enter Canada, and why the benefits to Canada of allowing you entry outweigh potential risks. U.S. citizens and permanent residents are able to submit their TRP applications when they get to Canada or they can get pre-approval by submitting their application at a Canadian consulate. All other foreign nationals can submit their TRP application at a Canadian consulate. The application fee is $200 CAD.
Rehabilitation
Unlike the TRP, rehabilitation is a permanent way to overcome criminal inadmissibility to Canada. Once you are rehabilitated, your criminal record is no longer grounds to deny you entry to Canada as long as you do not commit any further offenses. There are two forms of rehabilitation.
Individual rehabilitation is an option if it has been at least five years since the end of your sentence. The application fee is either $200 or $1,000, based on the severity of your conviction. Your application needs to demonstrate you have been rehabilitated and are no longer prone to conducting criminal acts. You can do this by providing evidence such as that you have a stable lifestyle, taken steps to improve your behaviour, and/or your offense was an isolated event.
Deemed rehabilitation
is an option if your conviction was for a less serious crime and at least 10 years have gone by since you completed your sentence. You will automatically be deemed rehabilitated due to the passage of time. To be on the safe side, however, you may still choose to get a Legal Opinion Letter in case you need to prove to a CBSA officer that you should be allowed into Canada.
Legal Opinion Letter
Obtaining a Legal Opinion Letter is your third option. The letters are prepared by lawyers and they provide explanation to CBSA officers why they should permit you entry. Your lawyer can explain facts such as that you are deemed rehabilitated, or your offense was isolated or not serious, or there is no Canadian equivalent to your offense. Such letters can support your TRP or rehabilitation application.
Again, it is important to stress that it is in your best interests to prepare well in advance of your trip to Canada by getting professional advice so that you can enter the country without major difficulties.
Why Does Criminal History Affect Travel to Canada?
Canada is one of the most open countries on the planet welcoming millions of tourists, visitors, immigrants, foreign workers, and students each year. At the same time, Canada ensures each foreign national passes its admissibility requirements before they are allowed to enter the country. One of the areas that Canada screens for is your criminal background.
Approximately one million international travelers enter Canada every month.

Immigration Refugees and Citizenship Canada (IRCC) and Canadian Border Services Agency (CBSA) place massive importance on securing the country's borders from those who may pose a risk. For this reason, they are motivated to deny entry to anyone who is likely to commit a crime during a visit to Canada.

If you have a past criminal charge in a foreign country, your admissibility to Canada is calculated based on the equivalency of the foreign criminal offence into Canadian law. If the offense translates to a summary offense, and it is your only criminal conviction, you may be considered admissible to Canada and not require permission to enter. If the translation is to one of an indictable offence, which can be defined as serious criminality, you may be considered criminally inadmissible to Canada. No matter the situation, it is always suggested to consult with a Canadian immigration attorney to understand the law and address any inadmissibility issues prior to traveling.

How Does Canada Know About your Criminal Record?

Canada and the United States share criminal history information via travel documents to ensure the safety of its inhabitants. No matter the method of which you enter Canada, you are required to show a Passport and any visa in possession to a border agent at the port of entry (land, air, sea). Once the passport has been processed, an immigration officer has access to your federal criminal history report and State police records, which in turn can result in questioning or even a denial of entry. There is no presumption of innocence at the border, so even pending charges can alert an immigration officer to further screen a traveler. Border agents at international airports also receive passenger lists and can conduct a background check on any traveler on a particular flight. If a person on an incoming flight has a criminal record, they would likely be flagged and pulled aside upon landing in Canada. If you are interested in requesting a similar report to one that can be seen at a Canadian border, it is suggested to seek out your own FBI criminal background report.

Can I Enter Canada with an Old Criminal Record?

A common situation arises at Canadian ports of entry, a foreign traveler attempting to enter Canada with old criminal history. It is important to understand that depending on the nature of your crime(s), the time that has elapsed since completing all sentencing and its Canadian law equivalent, time can in certain cases is not a determining factor in establishing admissibility to Canada.

There are certain crimes that an individual can be deemed rehabilitated for, which involves waiting 10 years from the completion of all sentencing. If for example you have a single DUI conviction with no other criminal history, and it has been more than 10 years from completion of all sentencing, you should be considered deemed rehabilitated by the passage of time.

In circumstances where more serious criminal history is on record, for example a felony in the US, time since completing the offense may not be relevant to your admissibility to Canada. In these circumstances, you are required to apply for criminal rehabilitation in order to receive a certificate from the Canadian government which ensures you are admissible to the country.