Arrima selection pool has over 91000 applicants since September

Arrima selection pool has over 91000 applicants since September 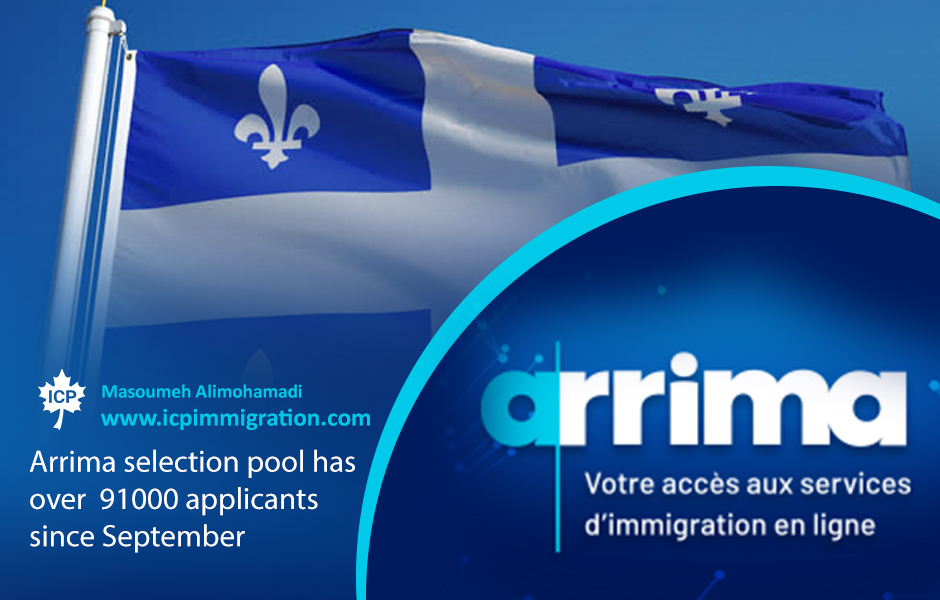 More than 91,000 immigration candidates have submitted expressions of interest through Quebec’s online Arrima portal since it opened last September — a six-month period dominated by the rise of the province’s new Coalition Avenir Québec government.

The Arrima portal was introduced September 18, 2018, to manage profiles submitted to the Quebec Skilled Worker Program after it was switched to an Expression Of Interest (EOI) system by the previous Liberal government, which then lost Quebec’s general election on October 1, 2018, to the Coalition Avenir Québec (CAQ).
Profiles contain information on a candidate’s education, work experience, area of training and proficiency in French, among other details, and invitations to apply for a Quebec Selection Certificate may be issued to candidates based on these and other potential factors, such as labour demand in a given region of Quebec.
To date, Quebec’s Immigration Ministry, known by its French initials MIDI, has yet to begin issuing invitations to those in this new bank of candidates.
Quebec’s CAQ Immigration Minister, Simon Jolin-Barrette, said MIDI has to first deal with the backlog of around 18,000 applications that were submitted to the Quebec Skilled Worker Program under the old first-come, first-served model that the EOI system replaced.
Rather than process this backlog, the CAQ government has proposed dismissing the pending applications so it can instead focus on the expressions of interest submitted through Arrima.
Quebec’s main immigration lawyers association, AQAADI, has asked MIDI to reconsider the controversial move, saying the government should fast-track the backlogged applications instead.
The EOI system is better suited to addressing Quebec’s labour needs because it allows MIDI to identify and select candidates whose work experience matches existing jobs in the province, notably those in outlying regions where labour shortages are among the most acute in Canada.
Abolishing the backlog would also help cut the application processing time for a CSQ from 36 months to six months, Jolin-Barrette has argued.
The six-months since Arrima opened for business also saw the CAQ follow through on a campaign promise to introduce a temporary reduction of Quebec’s immigration targets by around 10,000 newcomers per year.
The CAQ says its immigration policies are meant to ensure that newcomers to Quebec are better-integrated into the majority French-speaking province and better-matched to existing job opportunities.