Who is exempt from LMIA?

Who is exempt from LMIA? 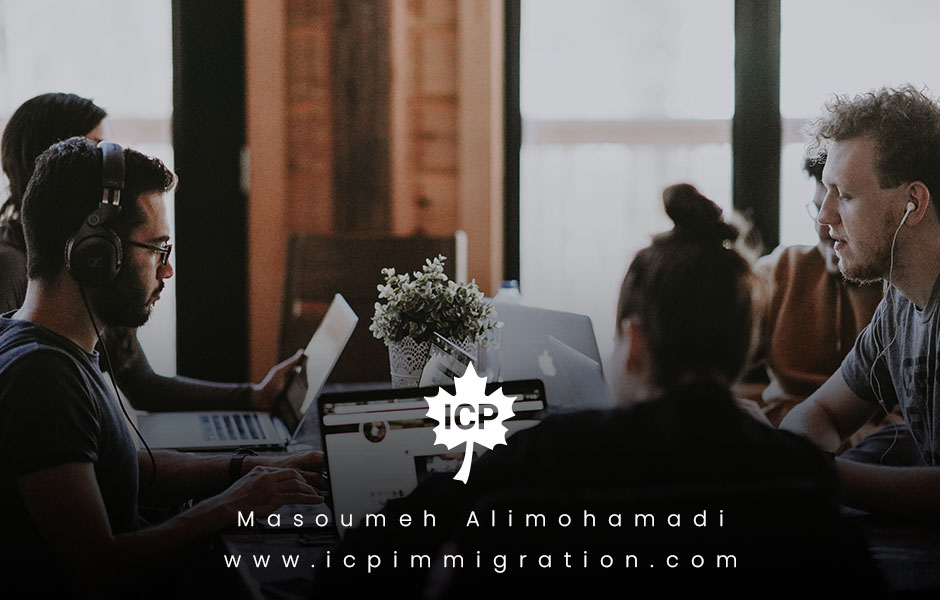 Conversely, foreign workers that do not require an LMIA fall under the International Mobility Program (IMP). The purpose of the TFWP is to enable employers in Canada to hire foreign workers when there are no suitable workers in Canada to do the job. The purpose of the IMP is to promote Canada's broad economic, social, and cultural interests. Since the IMP's policy goals are broader, the Canadian government does not use the LMIA process on foreign nationals who fall under any of the IMP's streams.
Some of the most common LMIA-exempt streams under the International Mobility Program (IMP) are outlined below. This page is divided into the following sections:
• Significant Benefit
• Reciprocal Employment
• Charitable and Religious workers
Significant Benefit
Apart from the situations outlined below in this section, Canadian visa officers have a degree of flexibility in assessing whether the issuance of a work permit to a foreign national is desirable without the need for a LMIA to be secured. This is known as significant social or cultural benefit.
The foreign national’s proposed benefit to Canada through his or her work must be significant, meaning it must be important or notable. Officers typically rely on the testimony of credible, trustworthy, and distinguished experts in the foreign national’s field, as well as any objective evidence provided. The foreign national’s past record is a good indicator of his or her level of achievement.
Objective measures for “significant social or cultural benefit”:
• an official academic record showing that the foreign national has a degree, diploma, certificate, or similar award from a college, university, school, or other institution of learning relating to the area of their ability;
• evidence from current or former employers showing that the foreign national has significant full time experience in the occupation for which he or she is sought (significant in this context can be taken to mean ten or more years experience);
• has been the recipient of national or international awards or patent;
• evidence of membership in organizations requiring excellence of its members;
• having been the judge of the work of others;
• evidence of recognition for achievements and significant contributions to the field by peers, governmental organizations, or professional or business associations;
• evidence of scientific or scholarly contributions to the field by the foreign national;
• publications authored by the foreign national in academic or industry publications;
• Leading role of the foreign national in an organization with a distinguished reputation.

Entrepreneurs/Self-Employed Persons
A LMIA exemption may be granted to private entrepreneurs who wish to come to Canada temporarily in order to start or operate a business. Applicants to one of these programs must be the sole or majority owners of the business they wish to pursue in Canada. They will also have to demonstrate that their business will be of significant benefit to Canada. Entrepreneurs are only eligible for LMIA-exempt work permits if they can demonstrate that their work in Canada is temporary in nature. This category is particularly well suited to owners of seasonal businesses. Entrepreneurs who have already applied for Canadian permanent residence may also qualify for LMIA-exempt work permits in this category.
Intra-Company Transferees
Intra-Company Transferees may be granted a LMIA exemption for a temporary transfer to Canada. Transferees must be considered executives, managers, or specialized knowledge workers, and must work for a foreign company with a qualifying relationship to the company in Canada.
Dependents of Foreign Workers
Spouses and children of Foreign Workers holding a Canadian work permit for a skilled position do not require a LMIA. Please note that this does not apply to the spouses of workers on an International Exchange Program.
French-Speaking Skilled Workers
Foreign nationals who have been recruited through a francophone immigration promotional event coordinated between the federal government and Francophone minority communities, and who are destined for a province or territory outside of Quebec and qualified under a National Occupational Classification (NOC) 0, A or B, may be eligible to work in Canada through Mobilité Francophone.
Academics
This includes researchers, guest lecturers, and visiting professors.
Provincial LMIA Exemptions
Workers nominated by a province for permanent residence and who have obtained a job offer in that province may be exempt from the need for a LMIA.
Reciprocal Employment
Reciprocal employment agreements allow foreign workers to take up employment in Canada when Canadians have similar reciprocal work opportunities abroad.

International Agreements
Canada is a party to a number of international agreements that facilitate the entry of foreign workers. Admission of foreign workers under these agreements is considered of significant benefit to Canada and, as such, does not require a LMIA. The North American Free Trade Agreement (NAFTA) is an example of this case.
International Exchange Programs
Canada is a participant in a number of programs for international youth exchange. Such programs include the International Experience Canada (IEC) Working Holiday Visa, Student Co-op programs, Young Professionals programs, and teacher exchange programs. These programs are exempt from the need for a LMIA.
Charitable and Religious Work
Charitable Workers
In the Canadian context, charity is defined as the relief of poverty, advancement of education or certain other purposes that benefit the community. As such, certain charitable workers do not require a LMIA in order to enter the Canadian labour market temporarily.
Being registered with the Canada Revenue Agency (CRA) as a chairty is a strong indicator that an organization is indeed charitable in nature. However, foreign workers may be able to work in Canada for an organization under this LMIA-exempt provision that is not registered with the CRA; the visa officer may request additional information from the employer in such an instance.
The government of Canada draws a distinction between a charitable worker, who needs a work permit, and a volunteer worker, who is work-permit exempt. A volunteer worker does not enter the labour market and his or her presence in Canada is incidental to the main purpose of the visit. A charitable worker, on the other hand, usually takes a position involving an activity that meets the definition of work and may be compensated for his or her work in Canada. As a result, he or she needs a work permit, though the LMIA process is not required.
Religious Workers
Religious work normally entails a requirement for the foreign national to be part of, or share, the beliefs of the particular religious community where he or she intends to work, or to have the ability to teach or share other religious beliefs, as required by the employer.
For this LMIA-exempt category, the primary duties of the foreign national should reflect a particular religious objective, for example the provision of religious instruction or promotion of a particular religion or faith.
The work should involve advancing the spiritual teachings of a religious faith, as well as maintaining the doctrines and spiritual observances on which those teachings are based.