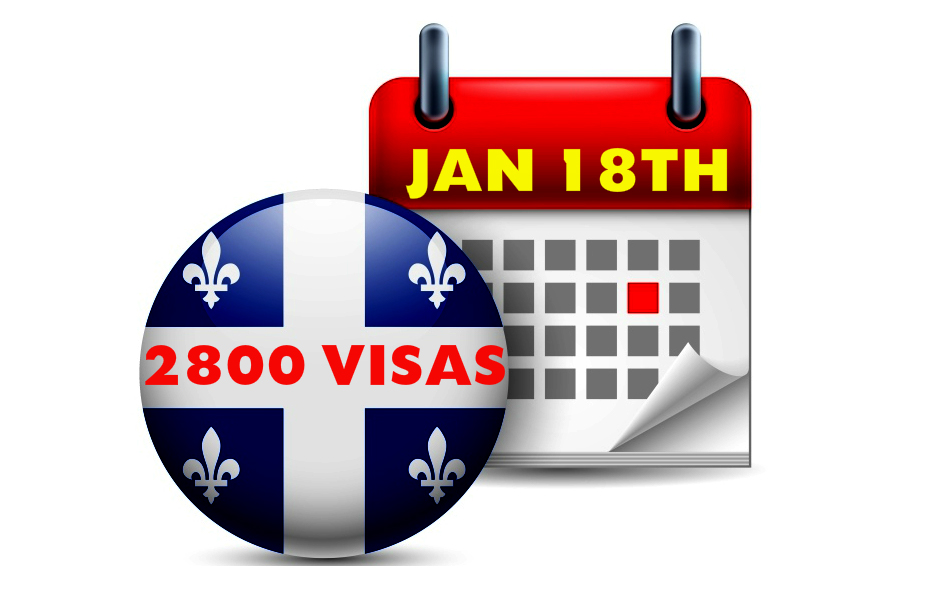 Quebec immigration on 11th of November 2015 has announced that the quota for the first of two application submission periods under the Quebec Skilled worker program has been reached . The next submission period, which will be processed through a new online system, begins on January 18, 2015 with a limited cap of 2800 applications.

MIDI's spokesperson stated that the maximum number of 3,500 requests under QSWP paper application period by mail , which opened on November 4, had been reached.

Applications sent by post will no longer be accepted and will be returned.

Candidates for the QSWP should note that the program has not closed although , the first intake period has reached its cap. The online application intake period will give candidates who have begun preparing an application an opportunity to submit their application.

Note: candidates in one of the following situations may submit an application for a CSQ at any time:

The Quebec skilled worker program is a very popular immigration program but it has become more attractive in 2015 since the introducing the Express Entry program by the Federal government since January 2015.

Unlike the express entry Quebec skilled worker program does not require mandatory language test result at the time of request ,if the client would reach the minimum required eligibility points. In addition the applicants are not required to have a job offer from employer in Canada .